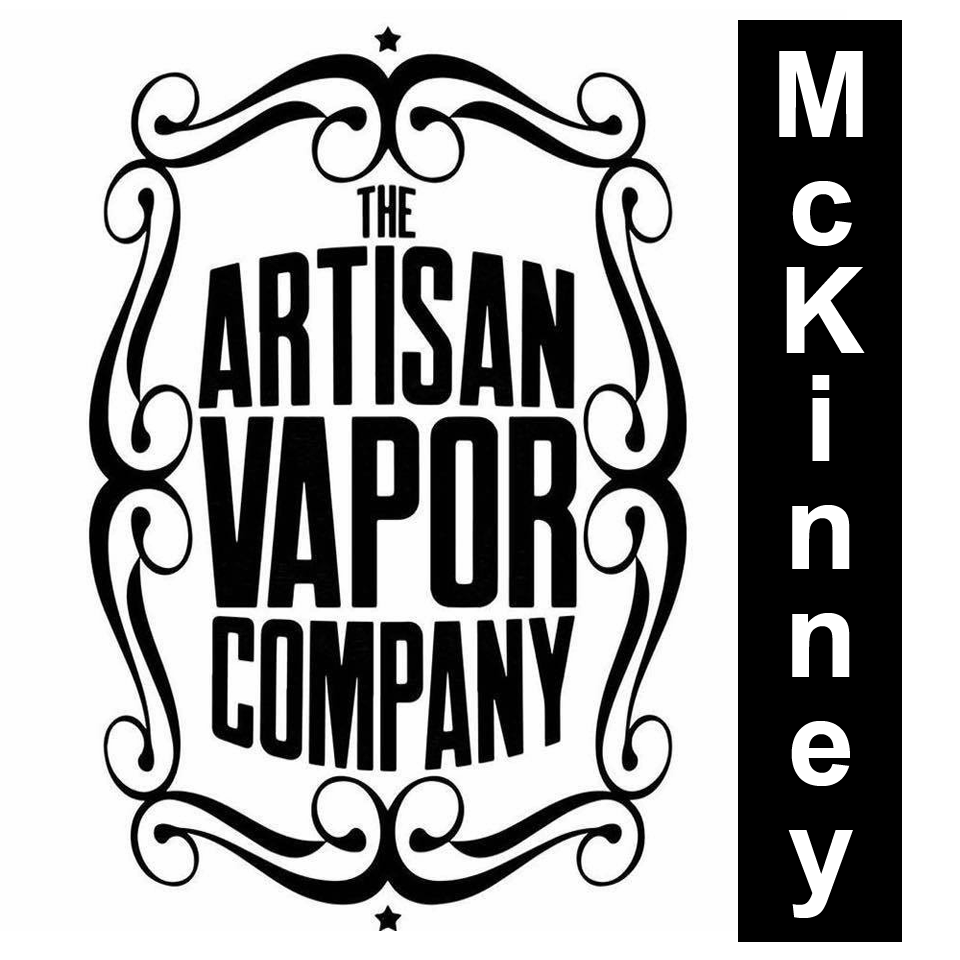 Sub Ohm vaping appeals to cloud chasers and flavor nuts alike. Long-time vapers are well versed in the practice and understanding of Sub Ohm vaping. The trend started back in 2014 and continues to attract those who enjoy vaping to thick clouds of vapor.

What is Sub Ohm Vaping?

To elaborate, sub ohm vaping refers to a style of vaping that produces massive vape clouds. This is done by using low resistance coils that are less than one ohm (which is also where the name is derived from). Sub ohm is a unit to measure the electrical resistance of a coil when one vapes.

This low resistance allows them to reach higher temperatures and create thicker vapor more quickly. Typically sub ohm vaping requires vape mods that are capable of putting out a minimum of 40 watts. However, higher levels can go up to 200 watts and over.

Here are some factors to consider when Sub Ohm Vaping:

Wattage: Wattage produces heat through currents for more vapor while also efficiently absorbing the e-liquid. You can vape all you want with a resistance of 0.5 ohms or less.

Battery Voltage:  The electrical charge is generated between two points, and the difference is measured as voltage. This also powers up your vaping device.

While the market is stocked with vape gear, sub Ohm vaping has mesmerized vapers and non-vapers alike. Although an enticing practice, several questions arise when dabbling in the world of sub Ohm Vaping and we are here to answer as many as we can. 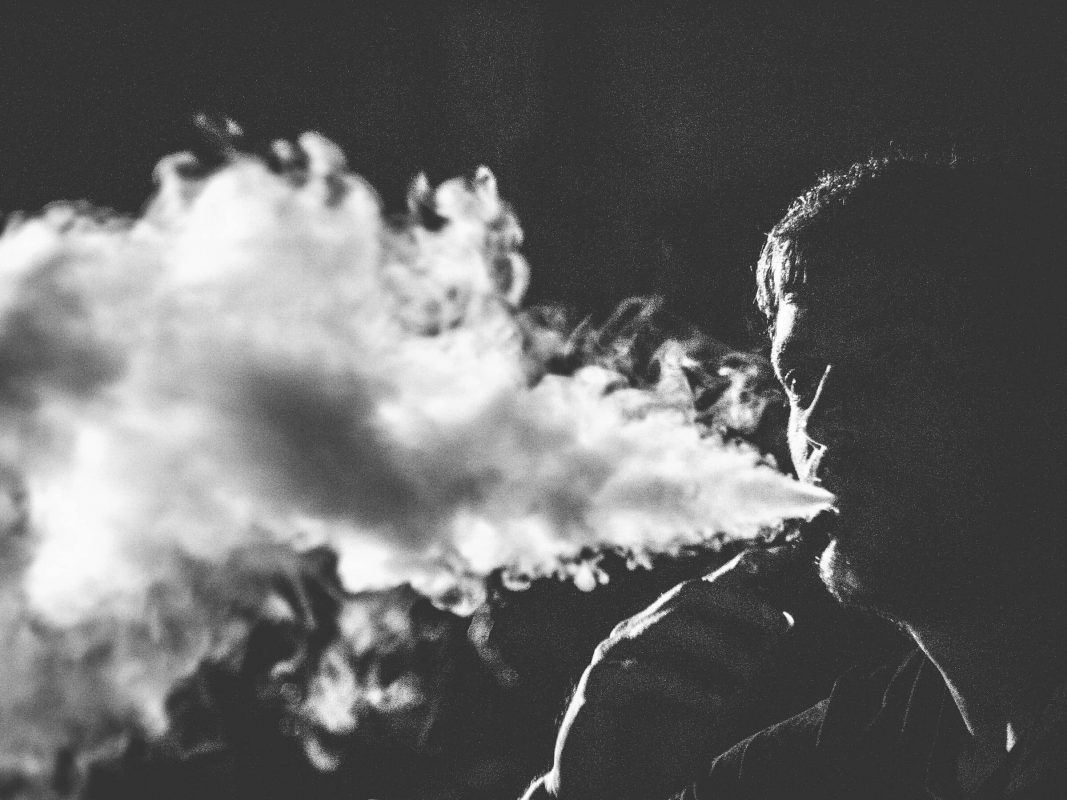 Why do people Sub Ohm?

Aside from the most obvious appeal of sub ohming, which is the big cloud production, there are many reasons people are drawn to this art of vaping.

Great taste, more flavors: Sub ohm vaping is excellent when you’re vaping for an intense flavor. Perhaps the most significant benefit of using sub ohm coils and high-quality wicks is that they can vaporize large quantities of vape juice at a time. So vapers can enjoy a powerful flavor punch in every puff. When vaping at this low level of resistance, you may find that your e-liquid hits you differently. Some underlying flavors and aromas are released when inhaled at such intensity.

Warm Vape: The high wattage and low resistance make it easy to get warm draws from the vaping device. As we know, the higher the temperature, the bigger the vape cloud. This is also very similar to the experience of smoking a cigarette. So for those trying to quit or find a safe alternative, sub ohm vaping hits the spot.

Goes with the flow: Sub ohm vaping is best for those who enjoy a direct lung inhale. This unrestricted airflow gives a more impactful feel to the vapers. More airflow also allows for the coils to cool down once the temperature rises.

Smooth Hit: Sub ohm vapes can give you a much smoother hit. This can be due to several reasons, and one of them is the higher wattage used by the tanks. This also causes a much stronger nicotine hit.

Sub ohm vaping is a very distinct style of vaping. Whether a modest vape pen or a large box mod device, every vape device has the same equipment involved. This includes a battery (also called the mod), tank, coil, and e-liquid. The significant factor about sub ohm vaping is the coil resistance. As we have already established, it is vital for large vape cloud production.

Mouth to lung vaping (MTL) refers to the way you inhale. Similar to when you inhale a cigarette, you gently draw in the vapor and then double inhale it into your lungs. Compared to sub ohm vapes, MTL devices are smaller and work on lower settings.

Therefore, they produce a significantly smaller vapor as well. MTL coils have a resistance above 1 ohm, such as 1.2 or 1.8 ohms. The resistance of this level does not require a lot of power (wattage) to get fired up. On average, they will work between 8 to 17 watts. 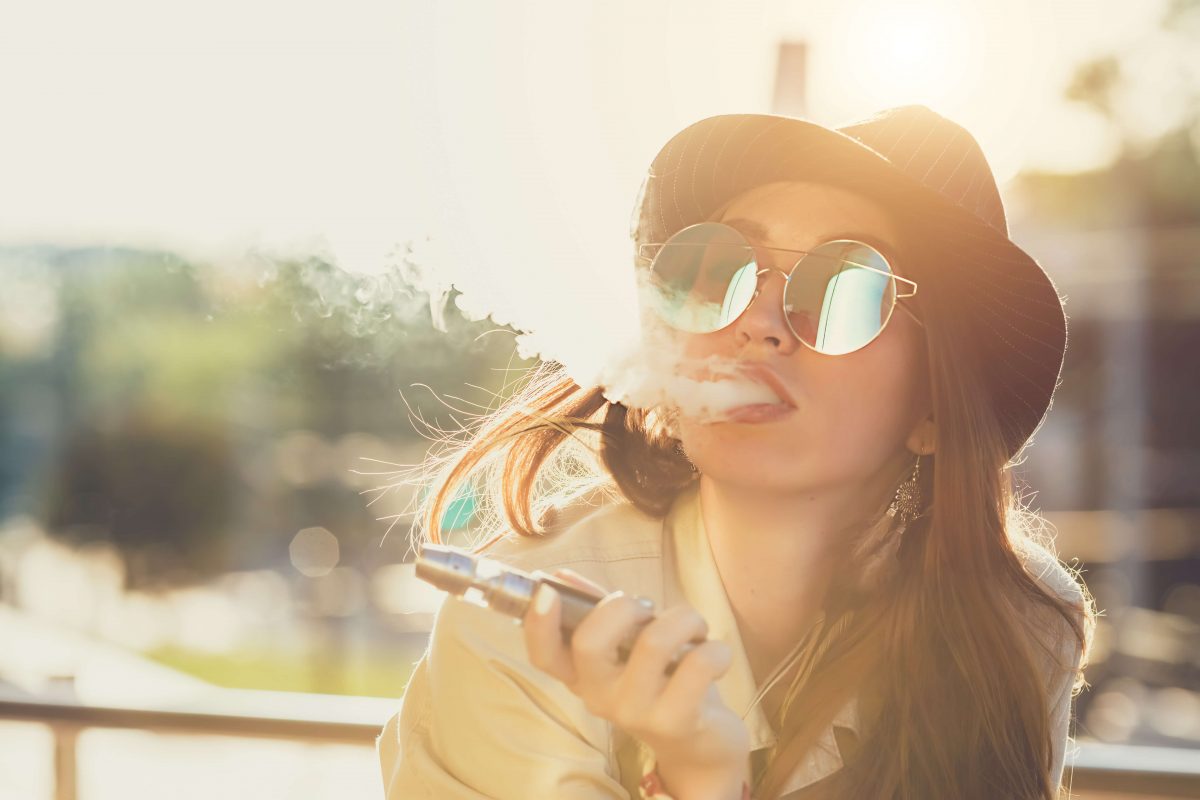 What is vape cloud chasing?

At this point, cloud chasing has been embraced as a more exciting way to vape. While some vapers enjoy this as a fun activity among friends and fellow vapers, others have a more serious interest in cloud chasing.

Cloud chasing itself is the act of inhaling large plumes of vapor from an e-cigarette. The thick clouds are made using e-liquid mixed with high VG or vegetable glycerin level as the base.

Vapers have begun investing more and more in their RDAs and Sub Ohm tanks to build the biggest vape cloud possible.

This is also because many vapers have gone beyond taking cloud chasing only as a hobby. In fact, cloud chasing competitions are considered an intense sport where vapers with the most enormous clouds win prizes as big as a thousand dollars.

Stepping aside from all the glamor and appeal of big beautiful clouds, it is also essential to discuss sub ohm vaping’s potential dangers.

Battery Safety: Applicable to most vaping devices, it is crucial to prevent your batteries/mods from overheating. Misuse or high temperatures can cause the batteries to explode.

Airflow: Particularly with cloud chasing, airflow can be a tricky aspect of sub ohm vaping. Due to a lack of air being released from the mod, the resulting pressure could cause a potential explosion. However, if too much air is released, your clouds can come out thin. As a cloud chaser, you not only want your clouds to be big but also dense.

Mods: Investing in reliable and best vape mods is essential for any sub ohm vaper, especially a competitive one. Mods, in particular, have to be dealt with very carefully because they may cause a fire if mishandled. There are two types of mods; regular and mechanical.

A cloud chasing mod is most often mechanical because of its extremely useful air holes and connectivity. However, mechanical mods are not beginner-friendly. With cloud chasing, you are pushing the batteries to their limits. It is always advised to brush up on some ohm’s law and battery safety before use. 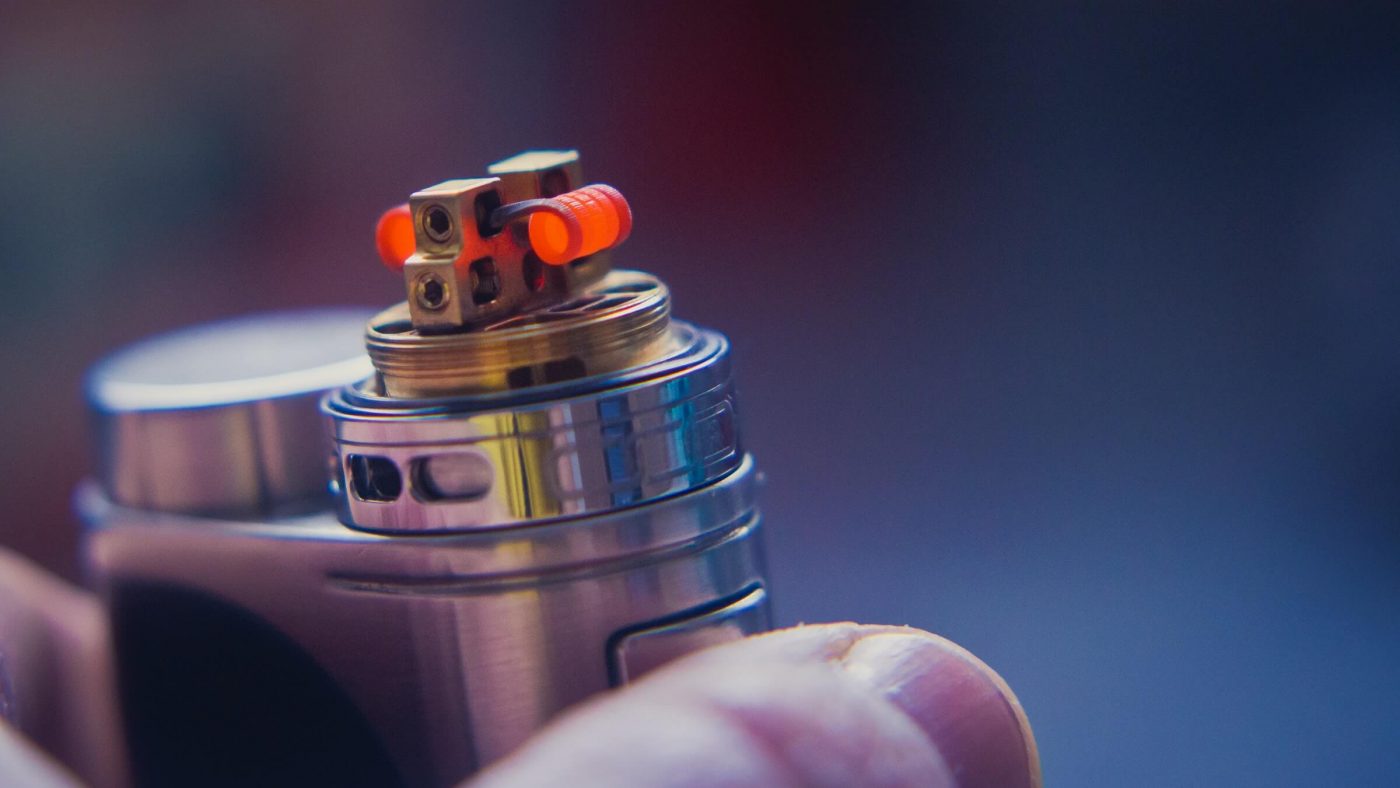 What are the best coil builds for clouds?

Initially, cloud chasing was practiced almost exclusively with low ohm coils and regulated mods. Eventually, though, vapers realized that they could create an exceptionally low resistance coil with a massive surface area using two strands of wire. This made a twisted and parallel dual coil build.

Now, however, vapers have gone a step further. The best cloud chasing builds vape mods have been created with triple or even quadruple coil configurations. Most don’t feel it is necessary to build to the specifications of the coil. They simply place big chunky coils on high wattage mods. Some of the best coil builds for cloud chasing competitions include staple coil: 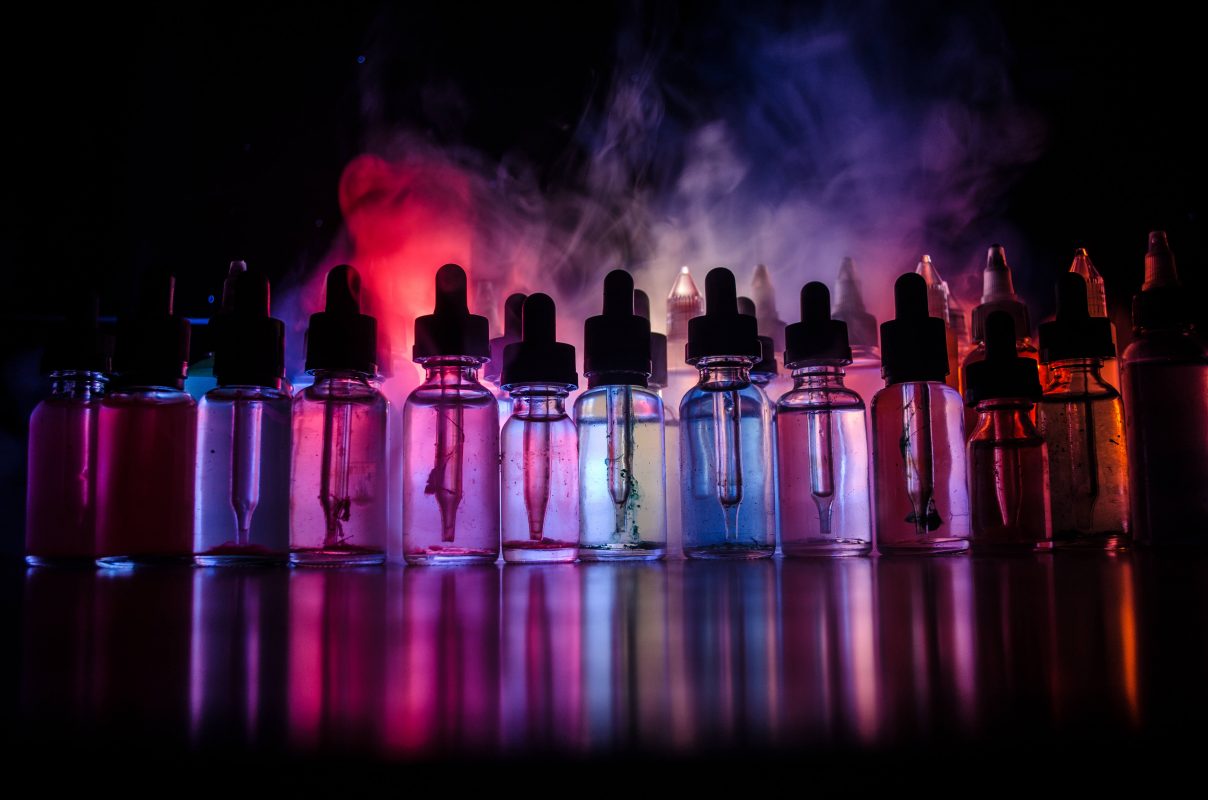 What is the best juice for sub ohm vaping?

Sub ohm vaping is an art of vaping that requires very specific equipment to make big beautiful vape clouds. We have already covered what hardware is needed, and now it is time we discussed vape juice.

Sub ohm vaping requires a high VG content and a low nicotine strength because the purpose is not to get your nicotine fix. High VG content makes the clouds thicker. High levels of nicotine and propylene glycol are better suited for lower-powered vaping devices with higher resistance coils.

Salt nics are high nicotine concentration e-liquids; however, they do not give you a smooth hit. It is mainly because instead of using traditional ‘freebase’ nicotine that most regular vape juices use. They instead use a salt version, resulting in a cleaner sensation while vaping.

Therefore, sub ohm salt nics are not an ideal pairing. With the amount of vapor you are inhaling to create a competitively massive vape cloud, your nicotine intake will be significantly higher than usual.

Sub Ohming varies from person to person. Ideally, those who want a top-performance vape, from exhaling a large cloud of vapor to getting the best flavor out of your vape juice. Sub Ohm Vaping is worth a try if you do it right.

Just remember to do plenty of research and also consider the downsides such as cost and safety issues. Remember, it takes plenty of practice, so be patient and learn. You will be cloud chasing in no time.

To try some of our best products, visit Artisan Vapor & CBD Mckinney today! 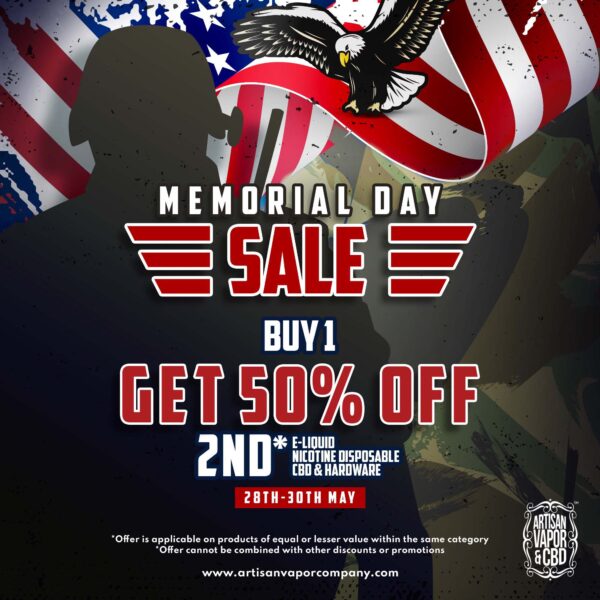 Our Mckinney store features a comfortable bar-style environment that allows customers to try as many of our flavors as they desire. Every staff member is a certified CBD coach and can help answer any questions related to CBD and Kratom.

Disclaimer: Artisan Vapor & CBD makes no representations or warranties of any kind, express or implied, about the completeness, accuracy, reliability, suitability or availability with respect to the information contained for any purpose. Any reliance you place on such information is therefore strictly at your own risk. In no event will Artisan Vapor & CBD be liable for any loss or damages including, without limitation, indirect or consequential loss or damage, or any loss or damage whatsoever resulting from the use of products or information found on this website.

No products in the cart.